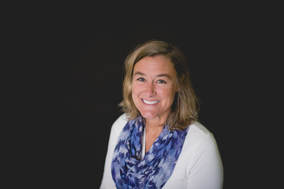 After graduating from Denison University with a BA in Geology, Arden moved to northern Michigan to raise a family with her husband, Colby.  She started as an assistant at the Suttons Bay Montessori Children’s House in 1995 and earned her Montessori Primary credential in 1997 from the Michigan Montessori Teacher Education Center.  She helped integrate Leelanau Montessori into the public sector in 2000 and has served as a guide, director and mentor teacher. She recently earned a BA in Social Studies and Elementary Education from Grand Valley State University.  She enjoys hiking, gardening, yoga and her family life with her growing kids.  ​

Beth began her Montessori carreer back in 1998 with the Montessori Children's House.  She started out as an assistant in the classroom and in 2000 when they moved to the Suttons Bay campus she began working part time in the office.  Eventually she became full time in the office and now is the office manger. Beth attended Northwestern Michigan college and helped run the family automotive assembly plant.  After her children were born, Beth ran an in home chidcare before she started working in Montessori.  Beth and her husband Bill of 31 years, have three children, Paige, Nicolette, and Garrett and one grandson, Everett James.  Beth enjoys gardening, biking, walking, cooking, swimming, traveling and spreading the word about Leelanau Montessori! 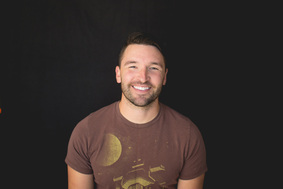 A new transplant to Michigan, Andy has recently moved from California to Northern Michigan.  Originally Andy received his BA in Politics from the University of California at Santa Cruz, but before starting down a political path he took a job as an assistant in a preschool special day class.  Andy enjoyed the position so much that when he was offered a summer school teaching assignment he jumped at the chance and began his career in early childhood special education.  Since 2007 Andy has been involved in early childhood education in a variety of capacities; from classroom education to home visits and parent training.  Attending San Francisco State University, Andy completed his level 1 certification in Early Childhood Special Education.  After Andy and Erin were married in the summer of 2016, they decided to move to Northern Michigan to be closer to family.  On his days off Andy enjoys snowboarding, riding motorcycles, running, swimming and enjoying all that Northern Michigan has to offer.  Andy is very excited to be joining the team at Leelanau Montessori and hopes to be a great resource to the families and children of the school. ​ 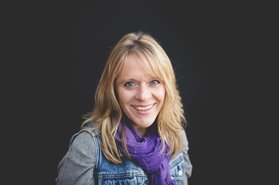 Cathy began working for Leelanau Montessori in 1986 as an assistant, and after care worker.  Over the past two decades she has served many roles between the birth of her four children, Jesse, Aaron, Benjamin, and Drew.  She received Montessori training in 1992 and currently leads Leelanau Montessori’s Toddler Program.   Cathy and her husband Steve and family enjoy hiking, boating, and rock hunting in Leelanau County.  She also enjoys gardening and photography. 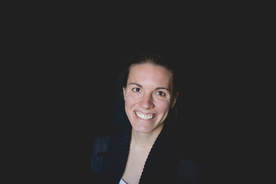 ​Chelsea Boehrnsen- Primary Lead Guide
boehrnsenc@leelanaumontessori.org
​
BA - Elementary Education with Early Childhood Endorsement - Alma College
Montessori Primary Certification - Michigan Montessori Teacher Education Center
Chelsea has always had a passion for working with children and knew she wanted to be a teacher at a very young age. After graduating from Alma College, she moved to Germany and taught English at a bilingual elementary school, as well as at an University. The Montessori philosophy really resonates with Chelsea and she feels blessed to be part of the wonderful community at Leelanau Montessori. She enjoys fostering independence, supporting individualized learning for every student, and teaching in a multi-age classroom. Chelsea grew up in Suttons Bay. She is married to her husband, Torben, and has a son. She enjoys playing soccer, sewing, crocheting, and camping 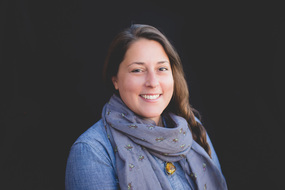 Elizabeth is a Chicago native who was a Montessori child herself.  She has had the opportunity to explore and live in many diverse settings from Chicago to the rocky mountains of Colorado; however, she is happy to now call Leelanau her home.  Elizabeth’s background is heavy in the human services field and includes years of working at a domestic violence shelter and advocating for the survivors living there.  Elizabeth believes strongly that each individual is unique and should be treated so.  That is one of the reasons she loves the Montessori philosophy so much.  Elizabeth and her partner Matthew have two children. Filomena and Era Mae who both attend Leelanau Montessori!  When they aren't busy building their own company they like to spend time gardening, cooking, going to the beach, and playing with their animals. 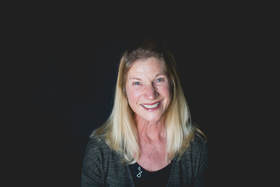 Terri has worked in early childhood education for more than three decades as a teacher in the 3/4 year old program at the Leland Daycare & Nursery School, as Director of the Suttons Bay Co-Op Preschool and as a home daycare provider offering a Christian-based preschool/daycare program for ten years while raising her own three children.  Terri was drawn to the Montessori philosophy because it encompasses a prepared environment, peace curriculum and individualized program for each child.  She has been with Leelanau Montessori for 20 years and has enjoyed many roles as a toddler guide, primary assistant and after school care.  Terri and her husband, Jim, have raised three beautiful children who are now young adults. Holly is a certified yoga instructor with a Bachelors in Exercise Science from Lake Superior State University.  Jared was recently married in October 2018 and he and his wife Molly live in Zeeland, Michigan.  Jared is a graduate from Grand Valley State University with a BA in Criminal Justice and is a Michigan State Trooper with the Rockford Post in Grand Rapids.  Aaron graduated from Davenport University and Kupyer College in April of 2018 with a BA in Social Work and is employed as a deputy sheriff with the Kent County Sheriff Department.  Jim and Terri enjoy traveling to spend time with their children and grand daughter, Avery, as well as biking, hiking, snow shoeing, gardening, house projects and appreciating life and sunsets. 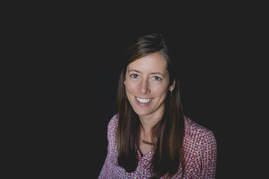 Nicole taught at the elementary level for nine years in Milwaukee, and at American International schools in Honduras, Venezuela, and Japan. Working alongside highly-effective teaching colleagues and with groups of internationally diverse children, Nicole’s teaching philosophies changed and expanded to become very child-centered.  When her oldest began attending Leelanau Montessori seven years ago as a primary student, and Nicole became more familiar with Montessori philosophy, her developing ideas about teaching and learning finally fit together.  Over the past nine years, she has had the opportunity to stay home and raise her two boys while teaching art classes in the area and running her own photography business.  She has loved the time and flexibility to be available for her young family and is equally excited to get back into teaching.  Nicole and her husband, Scott, love to travel and explore the outdoors with their two boys. 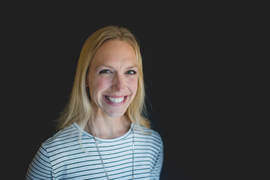 After graduating from the University of Michigan, Julie spent the next seven and a half years teaching in Southern California. She taught 2nd grade for 3 years, and then 6th and 7th grade Science for the next 4.5 years. Julie taught at a science magnet school, which allowed students from the area interested in science to have a deeper education and more hands on experience in science.

After starting her family, Julie and her husband Jason moved to Leelanau County in 2010. They LOVE living in such a beautiful and special place. Julie’s oldest son started at Leelanau Montessori at the age of 2 and she immediately loved what the school provides – a wonderful sense of community, an amazing educational experience beyond anything she’s ever imagined, and an engaging and educational environment that allows students to naturally thrive and become exceptional human beings. Now that all four of Julie’s children are attending Leelanau Montessori, and she is very excited to be a part of this amazing community as a guide in the Lower Elementary classroom. 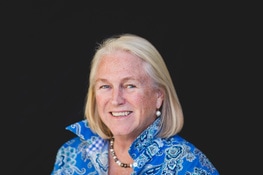 Exploring the world with children is Deb's first love and being able to do that in Leelanau County is incredible.  Deb received her BA and K-12 Teaching certificate from Iowa State and taught art in Des Moines, Iowa for years.  For 31 years Deb has lived in Glen Arbor and has loved every minute of it.  Deb was drawn to Montessori, went through the AMS 6-9 elementary, and began teaching at Leelanau Montessori.  She helped out at Leland Schools for years and is so grateful to be back and to be a part of such an incredible staff.  Photographing people, swimming, and being with Chloe, her golden retriever are some of her favorite things.

Jen began working for Leelanau Montessori in 2011 as an office assistant.   That position quickly shifted into working within every Montessori environment as an in-house substitute.  After spending many years working and studying within the Grand Rapids Public School system she fell in love with the Montessori philosophy and eagerly jumped at the opportunity to learn and grow within this beautiful community. Jen is currently an assistant in the toddler program where she feels so blessed to be working with the youngest students in our program. Jen has been a resident of Leelanau County for the past decade and has enjoyed raising her three children, Katelyn, Catherine, and Isaiah on this beautiful peninsula.  Jen and her family enjoy hiking, yoga, meditation, cooking, music, and gatherings.

It was in college that Bethany was introduced to educational alternatives and the Montessori philosophy. After she and her husband Jason started a family, she knew that a student-centered approach to learning was a priority for their children.  Sophie, Parker and Violet all attended a primary Montessori program and later homeschooled.  Bethany and her family moved to Leelanau County in 2014 when she took a position as an Upper Elementary guide at Leelanau Montessori where all three of her children attended.  Bethany cherishes the time she has had to be with her family and raise her children, but is excited to be back in the classroom!  Being an outdoor enthusiast, Bethany loves being with her family in northern Michigan in all seasons hiking, camping, gardening, kayaking, skiing and enjoying the fresh water!