The board meets on the third Wednesday of the month. 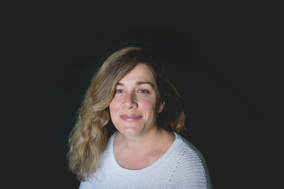 Sarah is originally from Saginaw Michigan and made the move to Leelanau County in 1996 to pursue an education in nursing. She attended Northwestern Michigan College school of nursing. She has worked at Tendercare of Leelanau as a CNA and an activities team member. She now is a full time homemaker and extremely active with The March of Dimes organization, representing the Traverse area as The Ambassador  family of 2011.  Sarah resides in Lake Leelanau with her husband Joshua, and their three children. They co-own the VI Grill in Suttons Bay, MI. 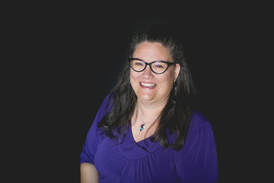 Colleen Macdonald, Trustee, and her husband Lucas moved to the area 20 years ago with hopes of raising a family in beautiful Northern Michigan.  Colleen and Lucas have 5 children, Troy (11), Arielle (10), Thomas (9), Andrea (8), and Annabelle (6).  Also part of the family are Colleen’s cousins Bettyann (9) and Judd (6).  All seven children attend LMPSA. Colleen is very grateful to have the opportunity to stay at home full time with her children.  Outside of her many volunteer activities at LMPSA, Colleen is passionate about children’s rights issues, and currently volunteers for the State of Michigan Thirteenth Judicial Court Family Division as a Court Appointed Special Advocate.

Tom lives near Leland and is the owner of McConnell & Associates, a Traverse City marketing communications firm that was founded in 1981. McConnell & Associates handles clients that manufacture products and provide services for local, regional, national and international marketplaces. Tom has served as Vice President of the Traverse Advertising Club and also currently serves as Board Vice President of The Old Art Building in Leland. He has a BFA from Art Center College in Los Angeles, California. 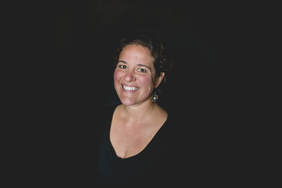 Emily was born and raised in the Suttons Bay Area. After moving away for 10 years she returned to the area with her husband, Mark nine years ago. They live on their family owned farm with their four children, Luella (8), Samuel (6), Amelia (4), and Grace (1). Their oldest three children are enrolled at Leelanau Montessori.

Emily graduated from Hope College with her bachelors in nursing and then Michigan State University with her Masters in Nursing. Her nursing career has focused in oncology. She currently is a homemaker. Spending time volunteering at school and at her family's church. 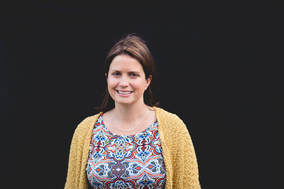 Sarah was born and raised in Northern Michigan.  She is a graduate of Western Michigan University with a degree in Finance and Marketing.  Sarah spent 11 years working in the investment industry in San Diego, CA and Chicago, IL before returning to Suttons Bay with her husband Steve and their son Logan (3) in 2014. They co-own and operate Hop Lot Brewing Company in Suttons Bay with Steve’s brother Drew.  Sarah enjoys the outdoors, listening to music, travelling and spending time with her family.

​Originally from Grand Rapids, Paris attended Montessori through 4th grade. She is thrilled that now her children are able to attend a Montessori school in beautiful Leelanau County.

Paris holds a B.A. in English from Hope College. She currently works as the Director of Development at the Northwestern Michigan College Foundation and has more than a decade of experience as a professional fundraiser. Paris lives in Northport and enjoys getting outside with her family and creating the occasional weaving.
Anita Abbott - Secretary
Governance Committee Chair
​nitaabbott@gmail.com

Anita Abbott and her husband Bill Chaney and their two children moved to Leelanau County in 2014, and were delighted to find a public Montessori option for their kindergartener in their new hometown.  Over the years while her son was at Leelanau Montessori, Anita served on the Grants Committee and the Facilities Committee, and enjoyed volunteering in the classroom and on field trips.  Anita served as an officer and an attorney in the United States Coast Guard, and is a graduate of the U.S. Coast Guard Academy and Georgetown University Law Center.